Here you see the black and white series with which Alex Vanhee graduated from the academy in 1993. This was the black and white period when the 'playback' rage hit the country. Vanhee went in search of people who wanted to transform themselves into their favourite stars. He photographed them while they were giving the very best they had to offer. The unique thing about these photographs is that they were taken in ordinary Flemish living rooms, usually with the artist's family in the role of the public. The contrast between the enthusiasm of the playbackers and the obviously bored body language of the viewers is evidence of Vanhee's acute social observation. 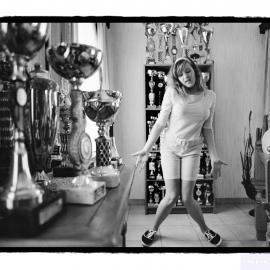 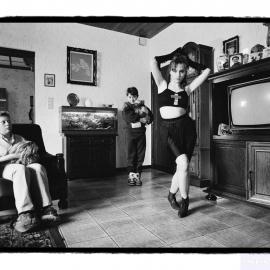 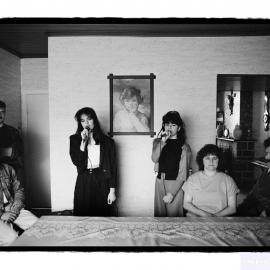 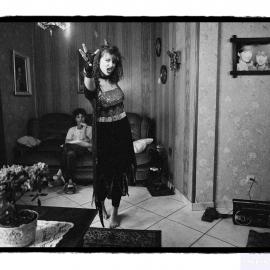 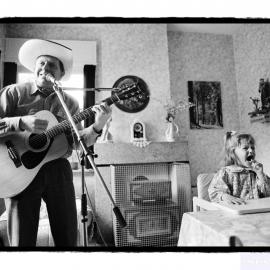 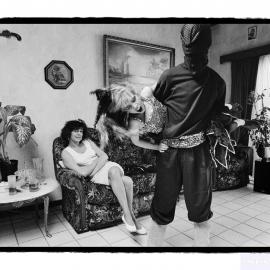 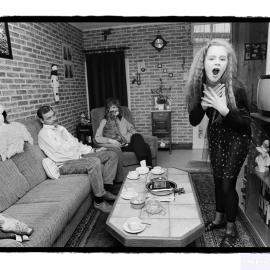 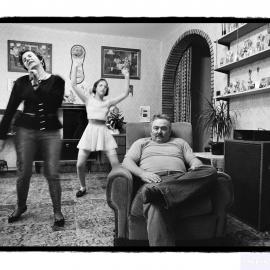 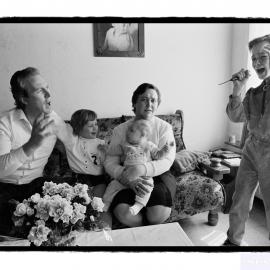 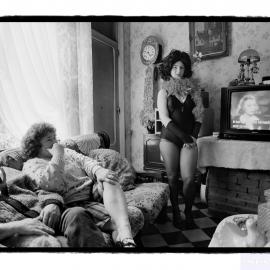 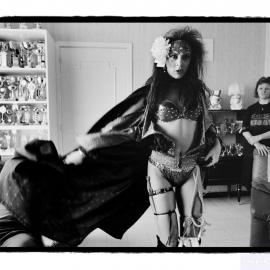 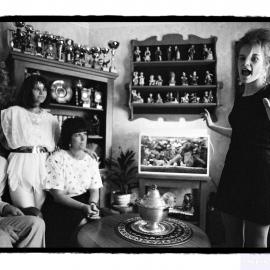 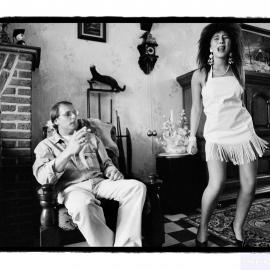 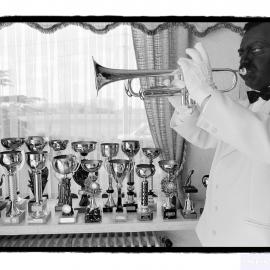 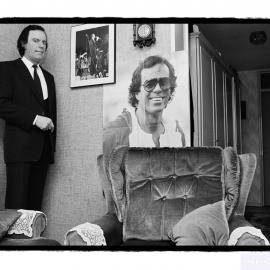 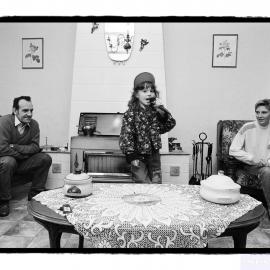 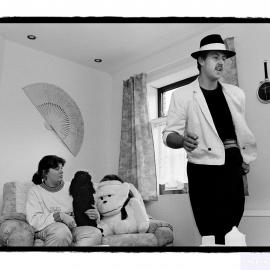 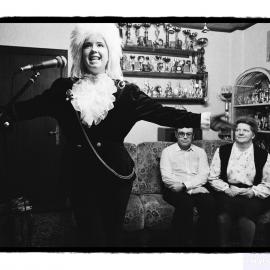 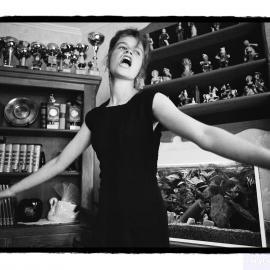